Picture this: You’re photographing the interior of a beautiful house. You want to take a picture of an expansive, meticulously decorated room that features a row of windows with a spectacular view. You frame your shot and start adjusting the exposure. You can set the camera to capture the interior, but that spectacular view out of the windows is a blob of brightness, like an exposed light bulb. So you adjust to capture the exterior view, and the room turns into a dark cave. No matter what you do, you can’t get the whole image to look good. This is because while our eyes can see a very wide range of brightness, a camera only sees about a quarter of that brightness range. What to do? 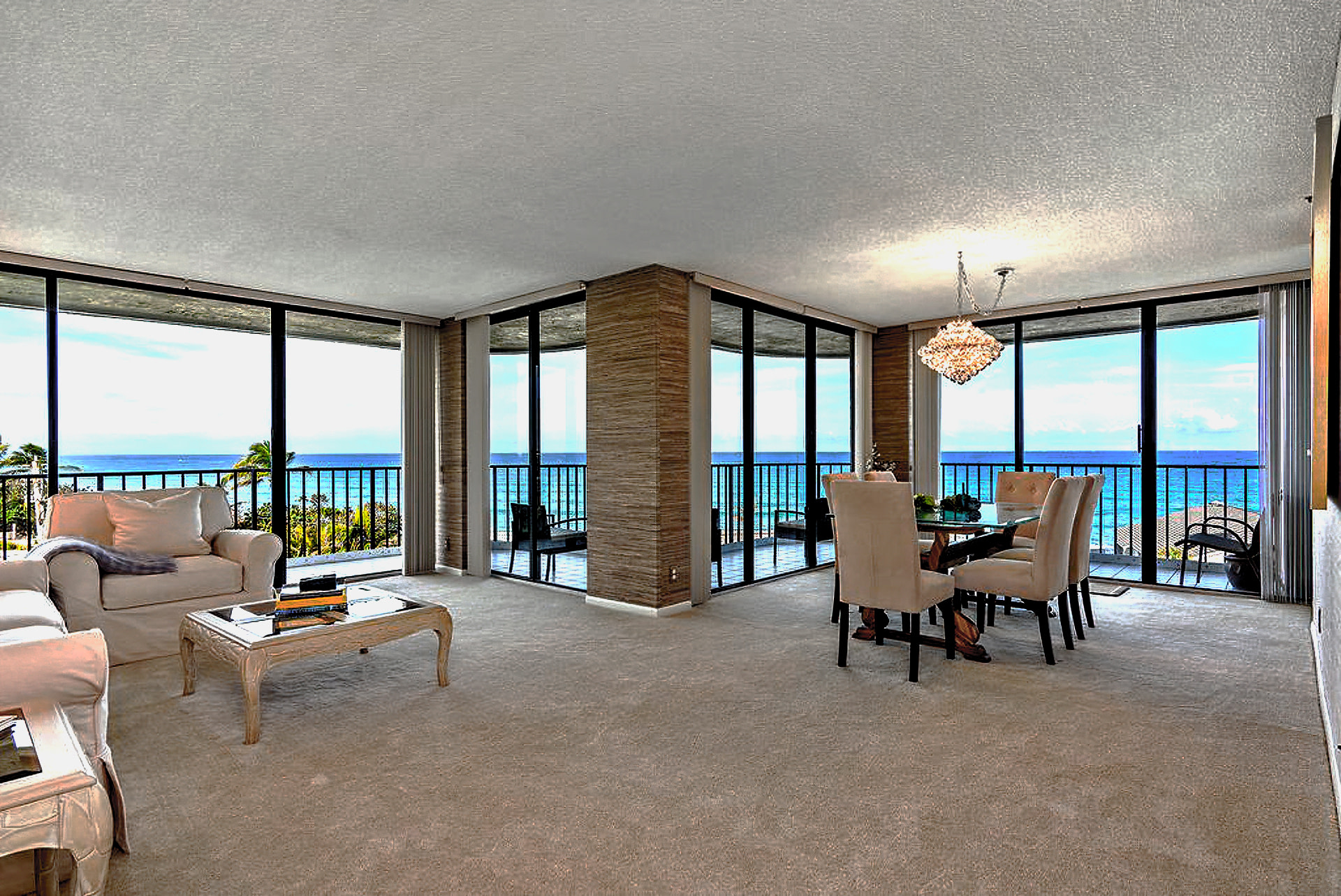 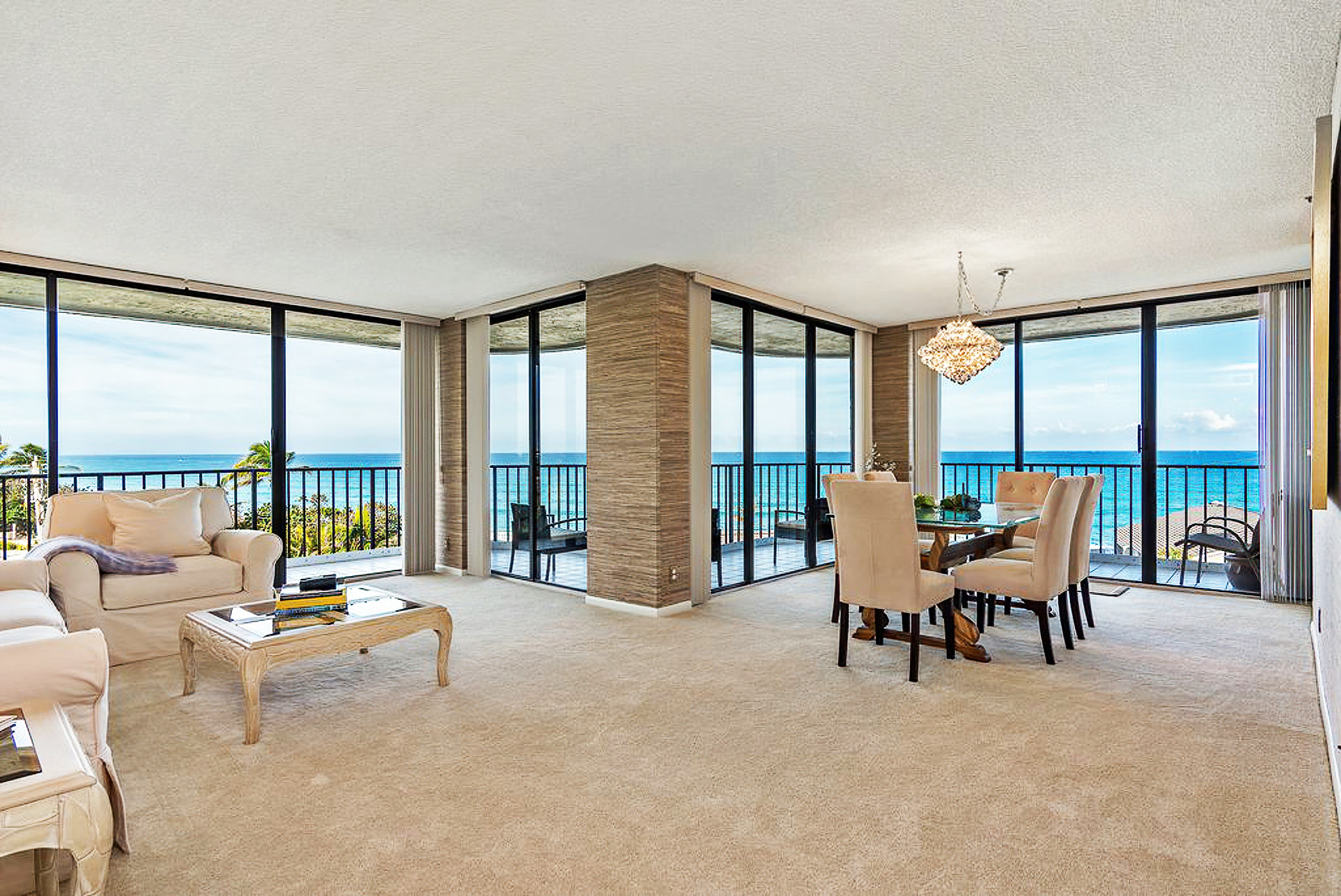 Unbalanced light sources are probably the biggest problem in real estate photography. It is as much a challenge for an experienced property photographer with a pricy, sophisticated camera setup as it is for an agent grabbing quick snapshots with their smart phone. Fortunately there is a solution. When one exposure can’t capture the scene, use multiple exposures. How? Read on.

The difference between the lightest area of a photograph and the darkest is called dynamic range. While our eyes can cope with a large difference in lighting, our cameras are much more limited. Even the most advanced cameras can only see a small range of light levels for a given shot. That’s where High Dynamic Range photography, HDR for short, comes in.

In our example above, one camera setting makes the room look better, while a different setting works for the windows. And if we look closer, we’ll see that the room itself is very uneven in terms of brightness, with some areas lit by the windows and other areas deep in shadow. To get good images of each different area, we’ll have to take multiple shots of the same picture with different settings, each adjusted to capture a specific brightness range. This is a process known as bracketing, and it is usually done by adjusting the shutter speed between shots. There is no set number of shots for bracketed exposures. Three to five shots are used most commonly, but seven or even more shots can be used in extreme situations, such as when fine detail is important across a large exposure range.

Professional cameras can be set up to automatically take bracketed shots, with the number of shots and the difference in exposure between each determined by the photographer. For most real estate photos, we find taking five exposures set one or two stops apart will yield good results. Most modern cell phone cameras have an HDR setting and can also take bracketed shots, but can’t be adjusted and don’t keep the multiple exposures. More on that below.

Once you have your bracketed exposures, the creation of an HDR image can begin. These exposures are combined to produce a single image with good exposure and crisp detail throughout the brightness range. Easy, right? Actually, it can get pretty involved. The real work of producing HDR images happens after the shots are taken.

We’re going to lay these shots over one another to form a composite image, so it’s critical that the framing of bracketed exposures be as close to identical as possible. Slight movements of the camera, or of objects in the frame, between shots produces blurry images and misaligned color, known as chromatic aberration or fringing. Shooting on a tripod helps tremendously, but even with a tripod the movement of objects in the frame will cause problems. We often see this with trees outside the window moving in the breeze. Hint: when shooting bracketed exposures, turn off ceiling fans and anything else in the room that moves. So the image alignment involves a couple of steps. First we want to eliminate ghosting, those multiple pictures of the same tree branch, each in a slightly different position. This is done by selecting just one image of the branch, and using that in the final image while eliminating the others. The next step is to reduce chromatic aberration or color fringing. This is often noticeable on very light areas, like the shade of a lit lamp. On one side of the lampshade is a purplish fringe, and on the other side is a greenish fringe. While this is most often caused by poor quality lenses, in bracketed exposures it can be caused by slight misalignment of the images. This can be corrected in HDR processing software like Aurora or Photomatix, or in Adobe Lightroom or Photoshop.

Once the bracketed images are lined up and artifacts like fringing are taken care of, the work of adjusting the exposure across the image can begin. Starting with the lightest and darkest areas and working our way to the more neutral areas, we can use the detail in the correctly exposed images to construct a complete image with good exposure and detail in all areas, creating a High Dynamic Range or HDR image. We do this by adjusting contrast ratios and brightness between dark and light areas to create even exposure and bring out detail.

Once we have a well exposed single image, we can move on to our usual photo finishing processes like color adjustments and sharpening. The result is a high quality image that comes as close as possible to what our eye actually sees.

What about the HDR setting in my phone’s camera?

Historically, cell phone cameras have produced images with very low dynamic range. In the last few years, improvements in the camera hardware, as well as the phone’s photo processing software, have changed that. Most modern cell phone cameras have an HDR setting. When you use this setting, your phone camera will take bracketed images and process them to produce a single, exposure balanced image. They do this by ‘flattening’ the image, making the dark areas lighter and the light areas darker to produce a more uniform exposure across the dynamic range. In some circumstances, like the room in our example, the result will be significantly better than the same shot without HDR applied. This ‘one size fits all’ technical approach can yield good results but is not a substitute for a photo finisher’s discerning eye and judgement. Like everything else in life, producing a great HDR photo takes some work.